In the Wake of Igor

After Hurricane Igor, it has taken far longer than we would have thought for even the weather to get back to normal. In our protected Fox Harbour, twenty to forty knot winds have persisted for the best part of the week, and the seas outside are steep and breaking. In Newfoundland, numerous communities are still isolated as roads and bridges were washed out, and tens of thousands of households are without electricity and water. According to statistics, this was the worst natural disaster to hit Newfoundland in modern times. 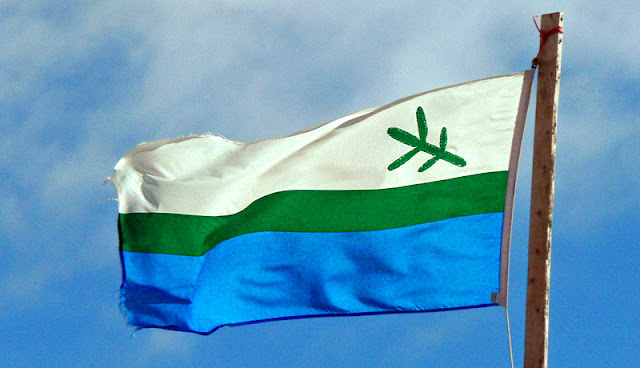 For us personally, the only thing that Igor managed to ruin was our schedule. We had hoped to be in Halifax by the end of September, actually before the 29th so as to be able to celebrate Riitta's 60th birthday ashore in a manner appropriate for an elderly lady. But as things stand at the moment, we'll just have to make do with the second best alternative which is to find a spectacular (and safe) anchorage somewhere on the coast of Newfoundland, and to enjoy a festive meal of snow-crab, courtesy of a St. Lewis fisherman, accompanied by champagne, naturally. As the worst-case scenario was that we would still be somewhere in Baffin Bay amidst icebergs, that doesn't sound too bad, does it?
Lähettänyt RiMaK klo 0.48